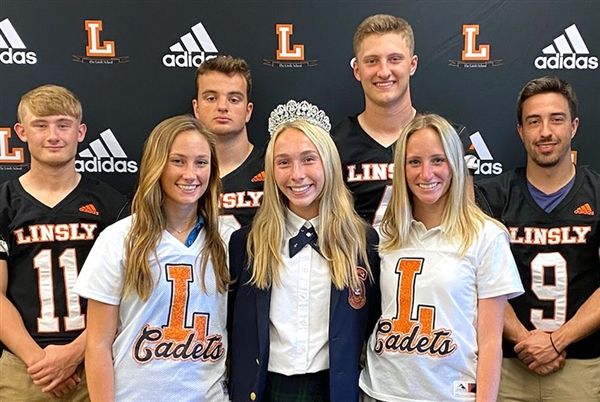 Linsly’s B.J. Depew will serve as the head coach of the West Virginia team. He and the Ohio coach have finalized their rosters and have their sights set on camp, which will open at Bethany College on Sunday, July 18.

Linsly's players for this game will be, pictured left to right, Kobe Hill, Steven Felton, Hunter Kelley, and Joao Lima. Not pictured: Marco Aprea.
Our Queen of Queens candidate is Sydney Glessner.
Linsly's Cheerleader All-Stars are Mariah Doughty and Madison Doughty. Linsly's coach, Jalynn Keyser, was chosen to be the cheering coach.
Good luck to all of our multi-talented all-star students!
Back