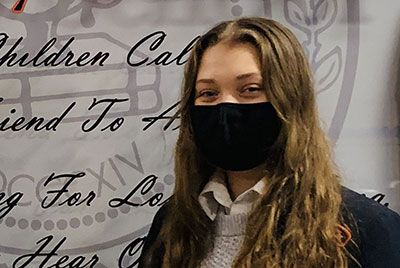 Posted: 2/8/2021
Congratulations to Linsly senior, Annabelle Blosser, who was named as a nominee in the United States Presidential Scholars Program.
In addition, congratulations to Linsly senior, James Jin, who was also recognized as a Presidential Scholar nominee for his high academic achievements and SAT/ACT scores, but is ineligible to continue in the program based on his citizenship status.